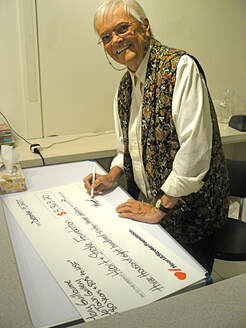 ​A long time member of KWSA, artist Mary Guillaume passed away on 4th September 2020 with her family by her side. She was over 80 years of age and had experienced a heart attack and several strokes over the past few years.
Mary was from Algoma and began painting full-time after retirement. She studied art at the McGill University’s mature student program in Montreal, and also with many renowned artists in Quebec and Ontario. She was a longtime member of KWSA as well as Central Ontario Art Association and attended COAA's annual Weekend Workshop at Geneva Park on Lake Couchiching every year since 1999. She was also a member of the Uptown Gallery in Waterloo and also ran a senior art group at the 404 Wing for more than twenty years. She will be remembered fondly for her sense of humour and cheerful disposition and her valuable contributions in many ways to several arts organizations.


​More of her wonderful art can be viewed at https://www.artofmarygee.com/gallery.html
Please view her obituary at here. 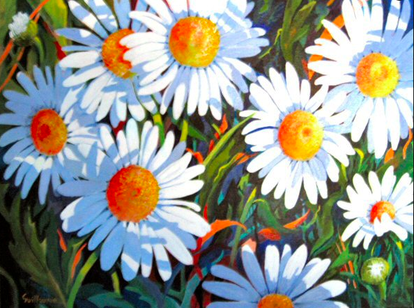 Former member of KWSA, artist Laura Urquhart, passed away on Saturday Sep 28th 2019, in BC. ​Not only was she an incredible artist, having been named one of the best portrait artists in North America, but she was also a loving, caring nurse for many years. Laura will be fondly remembered and sorely missed.

Dennis Merchant, fine artist & member of KWSA, originally from Walkerton, Bruce County, was a resident of Kitchener-Waterloo for the last 40 years. He passed away last weekend while participating in a mud race in Paris. He will be missed by all members of KWSA. Please follow the link providing information about his funeral service https://www.arbormemorial.ca/memory/obituaries/dennis-james-merchant/39318/

David Allan Crow was born in London, England in 1932.  His flying career spanned almost 40 years, during which time he flew aircraft ranging from the venerable DH 82A Tiger Moth to the highly sophisticated CF 101 “Voodoo” interceptor.  He was conscripted into the RAF in 1951 and served with No. 20 Ground Attack Squadron in Germany flying Vampire and F86 Sabre aircraft.  In 1955, he emigrated to Canada where he trained as a jet flying instructor on T-33 aircraft.  He attended RCAF Staff School and served with the Directorate of Air Defence and Strike Operations at National Defence Headquarters in Ottawa from 1963 until 1966.  In October, 1966, he joined Air Canada and flew as an airline pilot for almost twenty-five years.  He was promoted to Captain in July, 1979.
His hobbies included sailing, cartooning and painting in watercolor.  His “Orv and Wilbur” cartoons were a regular feature of “Pilot” magazine for over 20 years.  He actively promoted fine arts in the Waterloo Region and was President of the Kitchener-Waterloo Society of Artists from 1985 until 1987.