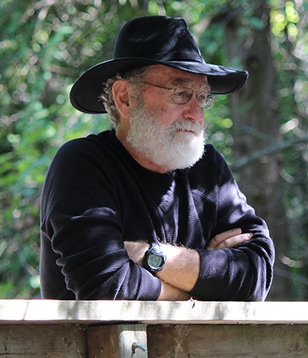 All photographs may be considered a story and photographers use light to tell these stories. My stories can be divided in to three categories: still life florals, landscapes and studies in volume and composition. Although the stories are written in the same language the finished work may be poetic, harsh, dramatic, or whatever I am trying to communicate about the world I live in. Light gives me an infinite vocabulary to work with as I explore these subjects while our four seasons provide the plots.

Roger Young is from Cambridge where he has lived for the last 30 years. Before that he lived and worked in Hamilton and Dundas where he graduated from McMaster Univ. in 1971. He is originally from Port Carling, Muskoka. At the age of 16 he started taking art instruction from John Rennie, an artist who had opened a gallery in Port Carling. However, while at McMaster in 1969 he bought a 35mm camera because he found the university atmosphere too distracting for painting.

After graduating he started working and taking night classes at Sheridan College where he earned a certificate in photography. He has worked in medical, newspaper, public relations and free-lance photography. For 15 years he taught at Conestoga College in the Con. Ed, and Journalism Depts., He has had exhibitions in Toronto, Hamilton, Cambridge, Kitchener, Waterloo, and has won several juried shows. He is now working solely in digital and makes his own prints.

In over forty years he has seen many changes in photography and looks forward to the next forty.